Golf is a relatively popular sport. With its popularity, the sport-inspired many media such as films, comics, and even games. With this list of nineteen best golf movies, you will have a great time whether you are in to gather more knowledge about the sport or for entertainment. A biopic detailing the journey of well-known golfers, The Greatest Game Ever Played follows the life of Francis Ouimet and Harry Vardon. Our leads’ lives start at the turn of the 20th century, as the two young men struggle against the class prejudice ripe in that era. Against all odds, they must show the world they have what it takes to win the U.S. Open.

The film is a great way to ease into the history and background of the sport. It’s an excellently directed movie that the whole family will enjoy. In the game of golf, caddies mostly blend in the background despite being a big part of the game. In the 2019 film by Jason Baffa, Loopers showcases the deeper connection between a golf player and his caddie. With this film focusing more on the caddies, be ready for a golf flick vastly different from others.

The film interviews and reenacts the scenes from the real golf players and their caddies. With Bill Murray as the narrator, get ready to know more about the inner working of sports. Luke (Lucas Black) is a young and upcoming pro golf player. However, he leaves his past life after several circumstances and runs away from the pressure. With the help of Johnny Crawford (Robert Duvall), Luke must find a way to get back his lost passion for the sport.

If you love a film set out in the south, then this film is an excellent choice for you. Being set in Texas, the film is ripe with country feels. Enjoy the uplifting story of a mentor-student bond filled with charisma and charm. Ron Shelton’s Tin Cup is one of the most well-known golf movie classics. With a dramatic plot and romance on the side, the story follows the failed golf player Roy McAvoy (Kevin Costner). Being downtrodden, he must face the struggles to get his life and golf career in its place.

If you love your sports drama with a side of romance, Tin Cup is a perfect film for your must-watch list. With a backdrop of West Texas, you are in for an inspirational sports flick as Roy tries to get his life together for love.

Tommy’s Honour is a biopic depicting the life of the well-known British golfer Tom and Tommy Morris. Being a father and son in the rapidly changing game of modern golf comes with a few hiccups. The two must reconcile their domestic turmoil as Tommy Morris finds his way in his young career.

The film is an excellent starter for people who are not familiar with the history of golf. It offers a fantastic story, ripe with emotion and inspirational overtones. Set in the early days of Open championships, golf nuts will surely love this historical film. In a film starring Adam Sandler, who would have known that a serious sport such as golf can be the perfect material for a comedy film. The story follows the titular character Happy Gilmore, an amateur hockey player down on his luck. With his grandma’s house in jeopardy, he must find a way to save their home through golf.

Happy Gilmore is an excellent choice if you want a fun golf film for the family. It offers many gags and jokes that will make you laugh out loud. With a charismatic set of characters and a fun golf storyline, it’s a certified must-watch. The Short Game is a documentary detailing the life of eight young golf prodigies. The film follows their journey and the pressure and wins they take as young golfers. With the children’s genius at the sport, you will be amazed and intrigued by how they manage their life as pro players.

You will love this documentary if you are a golf nut or a sports fan. It details the challenges and achievements that will move many people, whether young or old. It’s also an excellent film to show young golfers to inspire and teach them. From the Rough details the first black woman to ever coach an all-men collegiate golf team. The 2013 film follows the real-life story of Catana Starks as she sets on coaching a rag-tag group of young adults. Set in the mid-20th century, Catana must face the prejudice about being a black woman in the sports scene.

Sports films with a female lead are rare, and From the Rough is one of the few in the golf movie subcategory. This film is an excellent choice if you enjoy an uplifting biographical tale. The film details the story and subsequent retirement of the amateur golf player Bobby Jones. Jone’s career is in an upward turn as an unprecedented figure in the golf scene. However, as his flaws and domestic life spiral, the golf player must decide whether to retire or continue his career.

If you want to take a look and know more about Bobby Jones, this film is an excellent starter for you. It’s a beautifully filmed piece showcasing the main characters’ bad and good sides. It’s a film perfect for people who are interested in golf figures. Miracle on the 17th Green is a movie made for television and an adaptation of the novel by James Patterson and Peter De Jong. It follows the story of Mitch McKinley, a fifty-year-old man, as he tries to get his lifelong dream of being a pro golf player. With a newfound passion, his domestic turmoil also started to arise.

Unlike other films that showcase young sports players, this movie goes the other way. It touches on the subject of life crisis as one feels the time is passing through him. The film is set out to resonate with people who are having difficulty finding their path in life. The Caddy is one of the classics by the comedy duo Dean Martin and Jerry Lewis. The black and white film details the story of young Harvey Miller, a gifted golf player with a debilitating case of anxiety. As he could not stand the crowd, he decided to coach his charismatic friend Joe Anthony.

The film is a classic comedy and sports mix. Made in the 1950s, the movie bought the old-timey charm of its era. It also showcases a range of slapstick comedy through gold, an incredible leap from the primarily serious golf flicks. Follow the Sun follows the story of the golf legend Ben Hogan (Glenn Ford). The 1951 biopic details his challenges and achievements in his golf career through the support and help of his wife, Valerie Hogan (Anne Baxter). The film also follows the trajectory of Hogan’s career and a vehicle incident that almost killed him.

The film is incomplete when detailing the career of Hogan, as he is still an active player in the movie’s release. However, the biopic is authentic primarily with a few artistic liberties. The 1980 film by Harold Ramis is a sports-comedy flick that will have you laugh out loud. Following Danny Noonan’s life, he set out on a journey of earning a scholarship through playing golf. On the other side of the plot, Judge Elihu Smails, the president of the Bushwood Country Club, is trying to pull off some scheme.

The film is ripe with funny scenes and charismatic actors. If you want a fun golf film to pass the time, Caddy shack will serve you perfectly. A rap mogul from Atlanta is as far away a person can be from a golf player. However, “C-Note” Hawkins (Big Boi) is set on joining the all-white country club, much to the member’s annoyance. With the disapproval of the country club’s president, Cummings (Jeffrey Jones), C-Note is on guard about what the president might do.

Focusing more on the shenanigans of C-Note and his friends, Who’s Your Caddy offers more fun and lighthearted attempt at a golf flick. The film also puts the elitism and predominantly white golf history at the forefront of the story. Seve is a retelling of the early life and career of the golf legend Severiano Ballesteros. Seve is set on the mission to be a golf player at an early age. You are selected for an inspirational and moving story about determination and passion with a humble rag-to-riches story.

The film is well-loved by golf lovers who have watched the film. In its entirety, the movie is most authentic and accurate to the life of the golf legend. If you are looking for an incredibly moving journey, Seve: The Movie is a must-watch. Like most sports, golf is mainly reserved for men and boys. However, women always have their way toward equality. The Founders details the story of the first thirteen Ladies Professional Golf Association members. The golf association is one of the oldest women’s sports associations strictly for women.

Directors Charlene Fisk and Carrie Schrader made sure to be true to the authentic story as possible. Using archival footage and interviews, the docu-film is perfect for learning the history of women in golf. It’s an inspirational film that proves men and women have a place in sports. The Gentleman’s game details the journey of self-discovery and growth by a young boy, Timmy Price (Mason Gamble). The boy starts to be interested in the game through the East Coast golf club, where his father is a member. With just one memorable summer, Timmy’s life is exponentially changed.

The film offers an excellent and inspirational coming-of-age story that will capture the mind and heart of anyone. It’s a perfect golf film for the family to watch and relax. A Gentleman’s Game is also an excellent film for young golfers like Timmy. 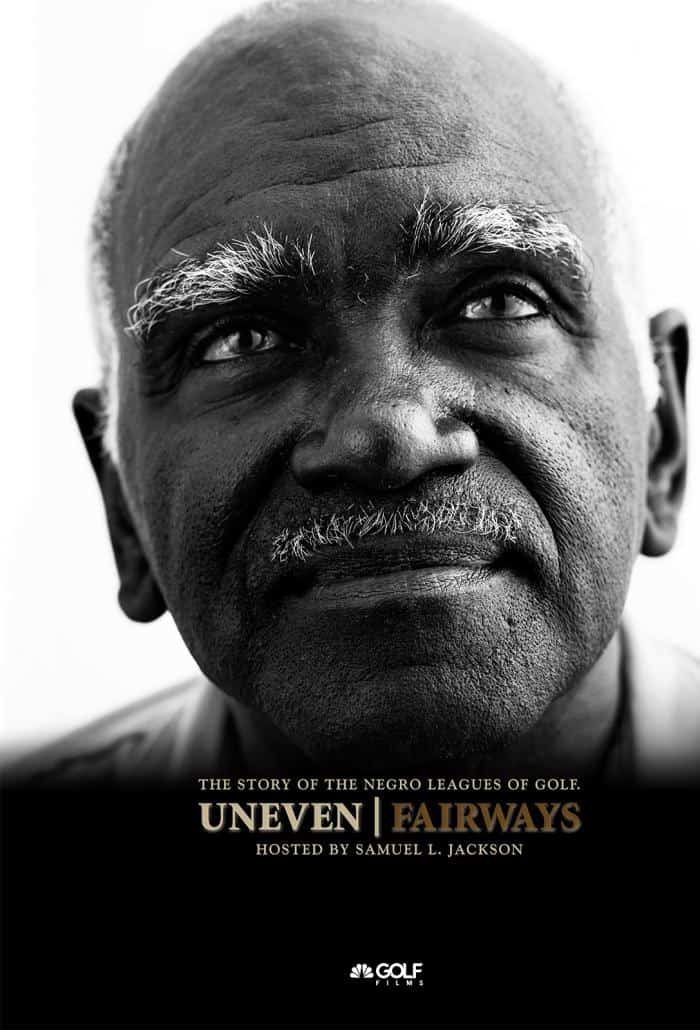 Uneven Fairways is a film documentary about the rich history of Black Americans playing golf. Despite being a sport for white and male players, the Black community made their way to the marks with passion and tenacity. With the direction of Dan Levinson and narration by Samuel L. Jackson, you are set for an educational and entertaining look at the other side of golf.

The documentary is a perfect way to learn more about the history of golfing and how it has become the way it is today. Through a series of interviews and archival footage, Uneven Fairways showcases an authentic look inside the inner workings of the sport. 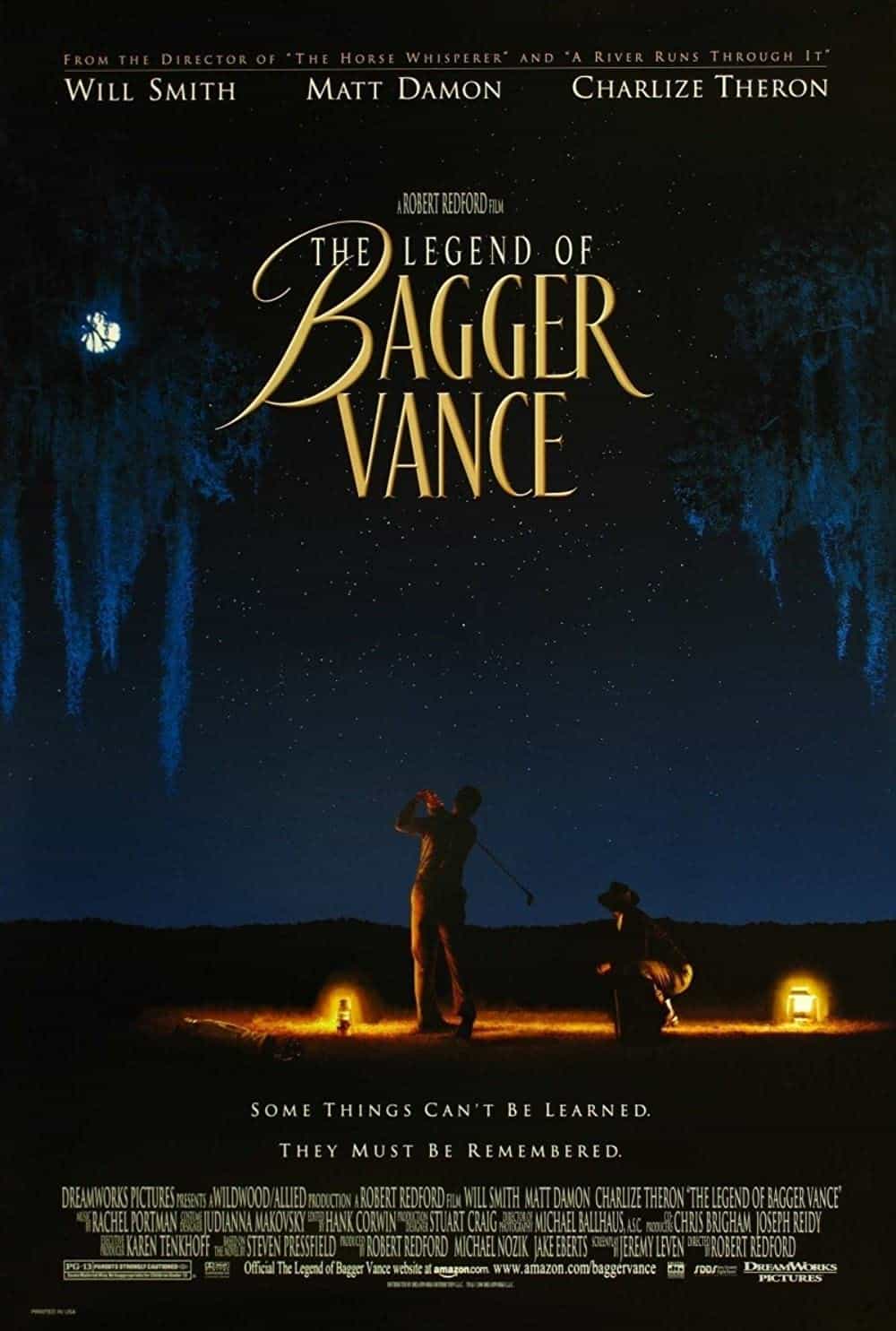 An inspirational and feel-good movie starring Matt Damon and Will Smith, the film takes on the tropes many of us associate with early 2000s films.

The Legend of Bagger Vance details Captain Rannulph Junuh’s story as he becomes disillusioned in life as a war veteran. Through the help of his caddie, Bagger Vance, Junuh learns many things about golf and life.

At its core, Bagger Vance is about the uplifting of the human condition through the help of golf. With artistic shots and an excellent score, the film is an awesome flick with moving emotional plot beats.

We know you are in for a fun movie marathon with these nineteen best golf movies. From documentaries, biopic, and fictional stories, there is something to learn from every film. Whether for learning or entertainment, a golf flick keeps your attention.