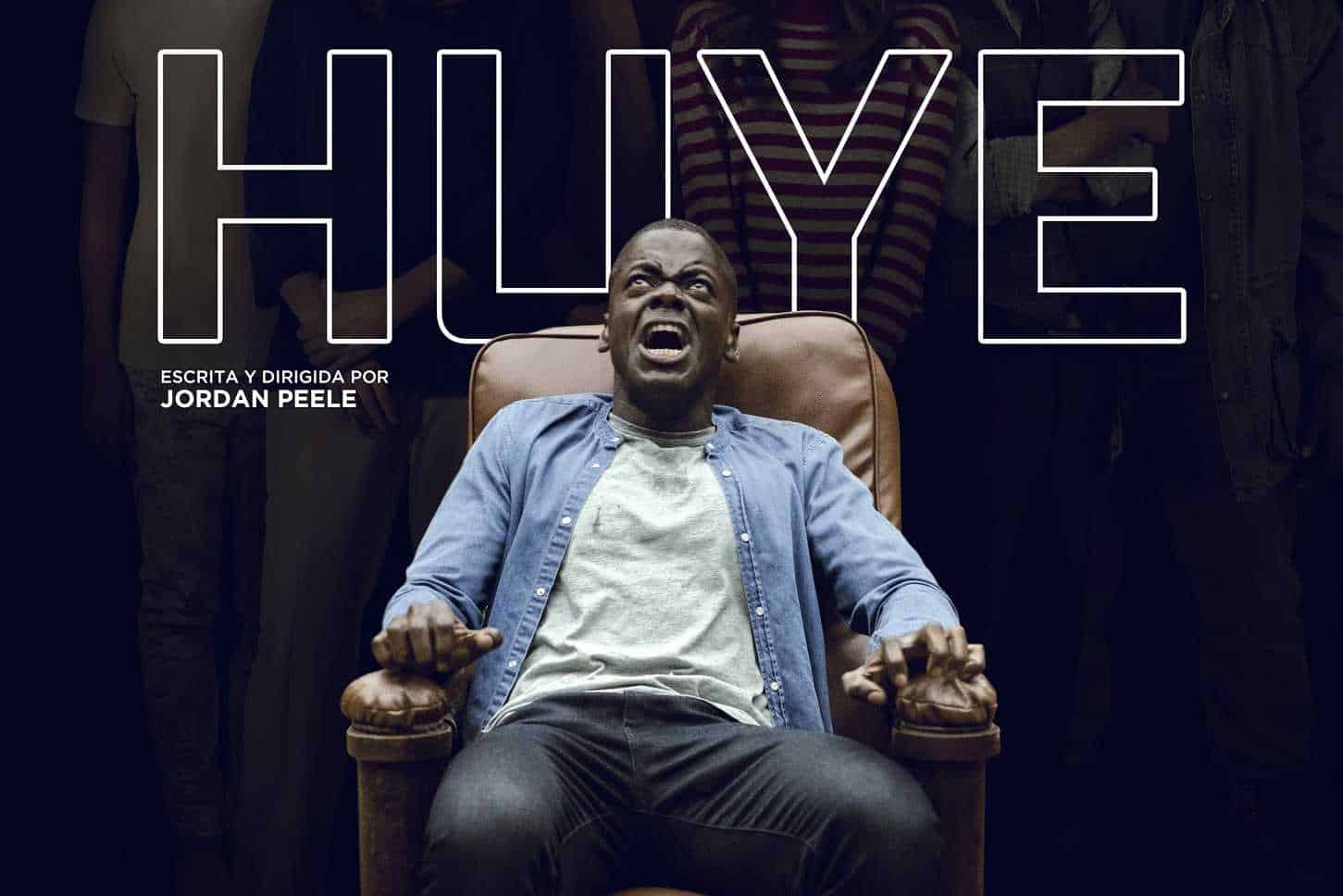 Get Out is one of the most influential psychological horror films of the past few years. It hits the perfect spots for people who love the thrill and mystique the horror genre can bring.

Here are the twelve best movies like Get Out to satisfy your thirst for psychological horror movies. Daniel Kaluuya’s Chris is a black man thrown into chaos as he and his white girlfriend, Rose, go to Upstate New York to meet her family. As expected for the genre, everything is not what it seems.

Various signs and conflicts arise, leading to the discovery of brain transplants and transferring of consciousness.

As a figure in the comedy genre, director Jordan Peele let the influence creep into his horror film. In Get Out, there is an underlying air of satirical parody. The plot hinges on relatable yet unsettling events and characters.

The individual mix of two contrasting tones is what most people like about the film. The film is very meticulous in its themes and subjects.

It lets the viewer make their observation and speculation on what is the specific motive behind the eerie feel of the characters. As the story progresses, the shenanigans of Rose’s mysterious family are enough to keep any watcher on their toes.

At its core, Get Out is all about the societal horrors in modern America. This movie will stay in the zeitgeist for quite a long time because of the subtle yet impactful social commentary about race, police violence, and suburban homes. If you know anything about the production of Get Out, then including the Stepford Wives in this list is no surprise. It’s one of the movies that inspired Jordan Peele. As we go into the details of the movie, the distinction between the two is very prevalent.

The Stepford Wives is another satirical and horror critique of the way of American life. The movie follows Joanna and Walter Eberhart as they navigate their new life in the quaint suburb town of Stanford.

Joanna being a rebellious woman for her time, notices the unsettling and perfect demeanor of the wives in the area.

The story’s commentary on the women in the perfect American dream is genius. Subtlety and the constant gaslighting from the people around Joanna’s surroundings will surely seep into the mind of the viewers. If you are a horror movie buff, it’s no surprise if you have already watched or heard about Midsommar. The film by Ari Aster encapsulates many beats from the horror genre while making it unique.

Themes of cult, grief and manipulation are the primary ideas behind the film.

The story follows Dani and her group visiting a midsummer festival in the Swedish rural areas. A time to unwind and study with the inhabitants is cut short when strange events start to happen.

One way or another, the movie ends with a grisly affair, as the viewers might say.

Once you see one of the screencaps from the movie, you will have difficulty finding out that it’s a horror film. Rather than foreboding, the film is colorful and almost magical. Countless spread of flowers, intricate garments, and nature littered the scenes. Adding another Jordan Peele movie to this list is a no-brainer. Us centers around Adelaide’s family and their seemingly fun and relaxing vacation on the beach.

Everything turns south as doppelgangers emerge from the underground and try to kill their counterpart.

It’s easy to look at it with a satirical lens as the plot almost hinges on ridiculousness. Like with Get Out, the movie’s characters are in the middle of a wild commotion. However, it will help to think of the allegory and metaphors before concluding.

The movie makes you dwell on the hidden meaning and symbolism throughout the scenes. It’s an excellent movie that you can rewatch again and again. There are still many mysteries hidden beneath the surface by the time you are on your third or fourth watch. Based on a novel by Ira Levin, director Roman Polanski’s Rosemary’s Baby is of the most acclaimed films of the 20th century.

The movie is so impactful that the Library of Congress chose the movie for preservation, along with many nominations and awards the film won. It’s a film that perfectly encapsulates the time that it comes from.

The film follows Rosemary as she and her husband Guy move to Bamford. Despite the warnings from their friend, the couple decided to settle in the apartment. In true horror fashion, a dark and scary string of events ensues.

Rosemary’s Baby deals with hard-hitting themes such as women’s liberation, paranoia, and the occult. The film strives for a subtle commentary as the societal norms back then are very different from our own. If you love the movie Get Out, you will surely love Rosemary’s Baby. Subtlety—that’s how Silence of the Lambs shows its great psychological horror. It follows Clarice Starling, a young FBI cadet, in her investigation of the identity of a serial killer dubbed ‘Buffalo Bill.’

She starts to talk with an incarcerated cannibal killer named Hannibal Lecter in her search for Buffalo Bill.

The movie, especially the scenes between Clarice and Hannibal Lecter, engages with the battle between the minds. The slow setting of tension between the two will keep your mind engaged.

Well, everyone seems to be once they view the film. The prison scenes have been in countless essays, videos, and even lessons in film schools. At its core, the movie gives a subtle commentary on the nature of serial killers, especially women as victims of violence. The Witch’s story directly comments on the puritanical world most women live in. Set in the 10930s New England, the film follows a family of English settlers and the unfortunate events in their family. Their bond as a loving family begins to fall as the paranoia sets.

Due to the banishment from their old community, the family is forced to start again in an isolated forest. After the youngest of the family died, cracks between the members began to form.

Thomasin, being the oldest daughter, is put at the front of the accusations; specifically, she’s accused of being a witch.

Since its release, the film has earned high praises between critics and casual viewers. The genius use of visually compelling scenography and the thought-provoking theme of the film is the primary source of the praise. The Invisible Man mixes the horror mystery genre with the convenience of sci-fi. It’s an excellent film that points out the nature of narcissistic partners and how they trap their significant other.

Along with the trauma and patterns abuse victims goes through.

The story focuses on Cecilia as she tries to get her life together after the suicide of her abusive ex-boyfriend. However, as patterns of stalking from her old lover start to rise, she deduces that there is more to the death of her former lover.

As she collected evidence about the stalking, no one was there—an invisible man, much to her surprise.

The movie carefully examines what it means to be a victim of abuse. The constant haunting of the past and how people around you can try to support but never fully understand are familiar with abuse victims. Stars: Essie DavisNoah WisemanDaniel Henshall
We all encounter it; a child scared about the monsters under their bed. As the parents reassure them, a bedtime story is read to provide comfort and peace. However, what if the beast came from the book?

A film that uses the safety of bedtime stories as the monster, The Babadook offers more than what meets the eye. The film follows Amelia and her son, Samuel.

As she grieves at the loss of her husband, Samuel also shows a significant fear of nonexistent monsters. Everything changes when a storybook character, called ‘Babadook,’ hunts their home.

At the core, the story is about grief and how it seeps into the bond between family and friends. It’s an excellent exploration of the psyche of a grieving mother and the ways she can nurture and protect her child. The Shining, starring Jack Nicholson and Sherry Duval, might have been one of the most influential horror movies.

The slow trickle of the psychological thrill as the movie moves forward will surely keep you on the edge of your set. The film hinges on the stress of isolation, family, and recovering from addiction.

What may have been a relaxing work holiday for the Torrance family turns grim as a winter storm keeps them from living. Residing in the Overlook Hotel, Jack, the family’s father, starts having homicidal thoughts. This leads to a hunt between Jack and his family.

The Shining belongs to the list of best psychological horror movies. It received many nominations and awards for its artistic cinematography and excellent writing. The film is a certified staple in modern pop culture. Much like Get Out, Jennifer’s Body uses the undertone of a satirical black-comedy film. The mixture of the seemingly teen flick and the horror, mystery, and death is perfect for a great viewing experience.

Megan Fox as the lead actress, also adds to the layer of critique present in the movie.

The story follows the unsettling events between two best friends, Needy and Jennifer. After escaping from a fire during a concert, Jennifer is abducted by the band and brought into the woods.

After Jennifer was back, many deaths among the teenage boys began spreading in the area.

The movie garnered mixed reception during its time of release. However, many viewers delve into the film’s deeper meaning amidst the Me Too Movement. Jennifer’s Body earned a title of a feminist movie and garnered a cult following. Hereditary is all about grief and how it can affect the whole family. After the death of her mother and daughter, Annie collapses under the extreme stress of loss.

While her husband Steve tries to bring the bond into the family, they discover that they have a link to a coven.

The psychological horror of letting your upbringing is an essential part of the film. In the end, Annie is free to choose whatever part of the narrative she wants to side with.

The movie is the film debut of Ari Aster, one of the well-known psychological horror directors in the late 2010s.

With the same beats as his other film, Hereditary hinges on guilt and the extreme effect of grief. Of course, in a true Ari Aster fashion, the film also deals with the occult. Japanese films are a hit, especially in the early 2000s. One of its pioneers is the 1998 mystery horror film Ringu or ‘The Ring.’ It’s also one of the  movies that pioneers the use haunted video tapes, starting a trend in the horror genre.

The film follows the investigation by reporter Reiko Asakawa. She is researching the ‘cursed video’ that seemingly haunts teenagers.

When her niece, Tomoko, dies in mysterious circumstances, Reiko is led to the cabin, where she stumbles upon a haunted tape.

The film examines the nature of the media as a horror storytelling device. At the time, television and phones are the primary sources of connection and entertainment.

Using those appliances as a significant part of the film makes the audiences quickly relate, thus quickly inducing the horror.

As evident from Get Out (2017), psychological horror-mystery has been a tool to make commentary on society for a long time.

These films greatly squashed the notion that the horror genre is only about gore and death in the age of subtlety. We hope you enjoy these twelve best movies like Get Out.